How to Start a Men's Essentials Business

When we first came together with our collective passion for a direct-to-consumer eCommerce business and then decided that we were going to start a men’s essentials brand, we basically had to figure out everything from scratch. We were all unfamiliar with the retail industry and let alone the men's underwear sector.

Then began a long cycle of trial and error, of starts and stops. This was a continuous process of connecting the dots and solving problems. We made a lot of mistakes along the way. We even committed the cardinal sin of getting too excited and grabbing a domain name and opening a Shopify account before we even had a product to sell. It wasn't easy, but we worked together and finally got to a place where we can now offer a great boxer brief at a reasonable price.

Manmade is all about being transparent about what we do, and we want to start that conversation with ourselves. That’s right. We're going to take the lid off the blackbox and show you exactly how Manmade was built.

So buckle up. It's going to be a wild ride. 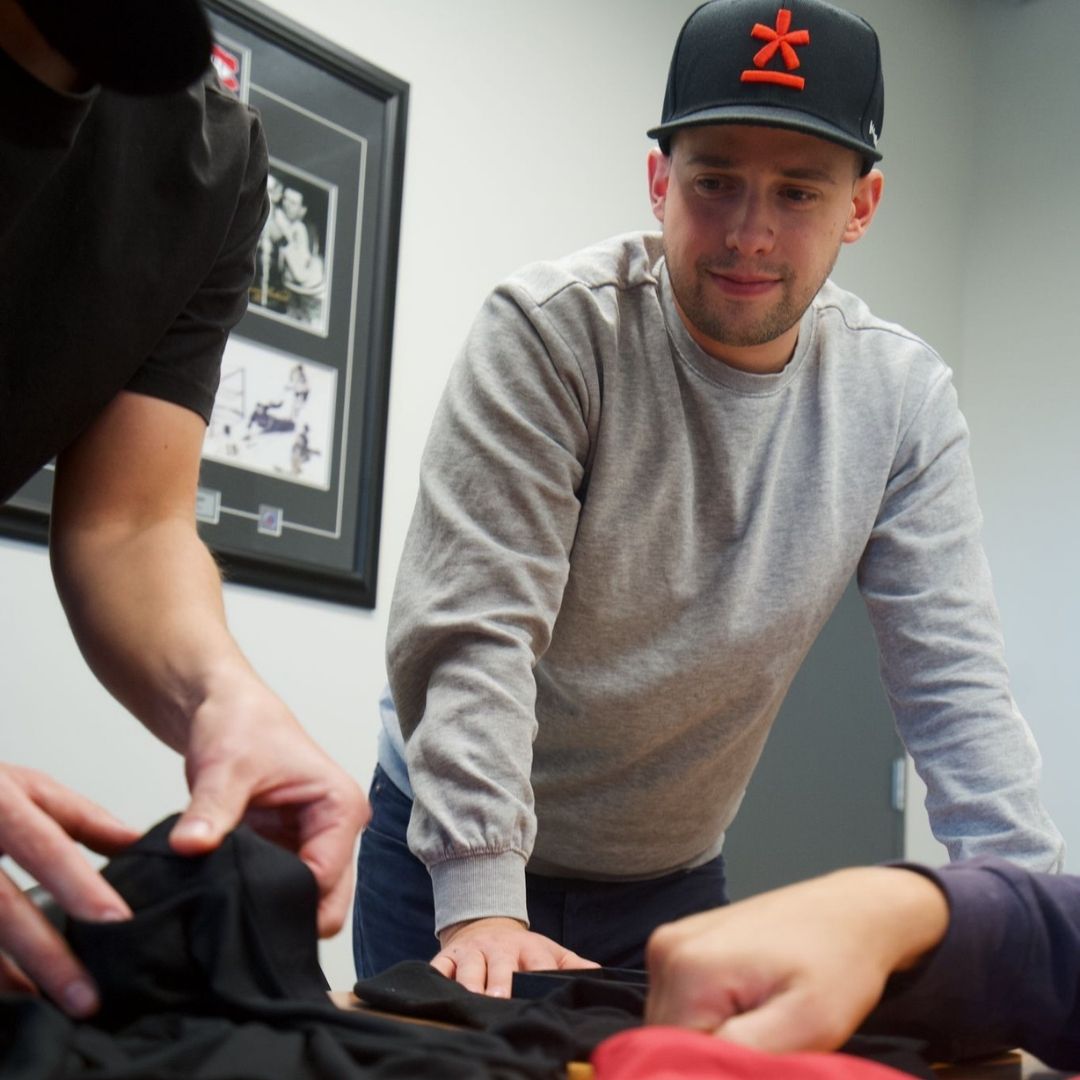 We had to investigate it further once we decided to make men's essentials, particularly men's underwear.

First and foremost, we needed to understand thoroughly the issues with men's underwear. In general, we knew that there were issues, but we needed an in-depth understanding of why people tolerated these problems in the first place.

Additionally, we needed to know whether enough solutions existed in the market for the mentioned problems. Maybe the underwear we dreamt about already existed out there, but we did not know about it.

First, we learned about everything we could regarding men’s underwear, including the following:

We then conducted customer surveys based on several big assumptions and hypotheses in order to gain further insight. In the beginning, we thought women didn't enjoy buying men's underwear, since many men left that task to their partners. However, after interviewing women, we discovered that they had no problems buying underwear for their partners. In addition to this, we also considered whether there is a market for this among men. We were going by assumptions that came from our own experiences with underwear.

One particular experiment that gave us amazing insights was when we created a brand called “Larry’s Basics” to test the market. It was simple. Basically, we got 100 people to sign up to our concept of buying men’s essentials by text. We called all 100 subscribers and got great amount of feedback.

This process was very helpful to us, because it made our case clear. At first we were making guesses on whether people wanted better men’s underwear. After this market validation, we were able to confidently say that the demand for a better men's essentials brand existed.

It also allowed us to consolidate our purpose and define our company's identity. It made us think about the deeper meaning behind solving the problem of men’s underwear. What we ultimately settled on as a mission was "to support a man’s wellness by strengthening his foundation." With this as our guiding principle, we were able to move to the next phase. 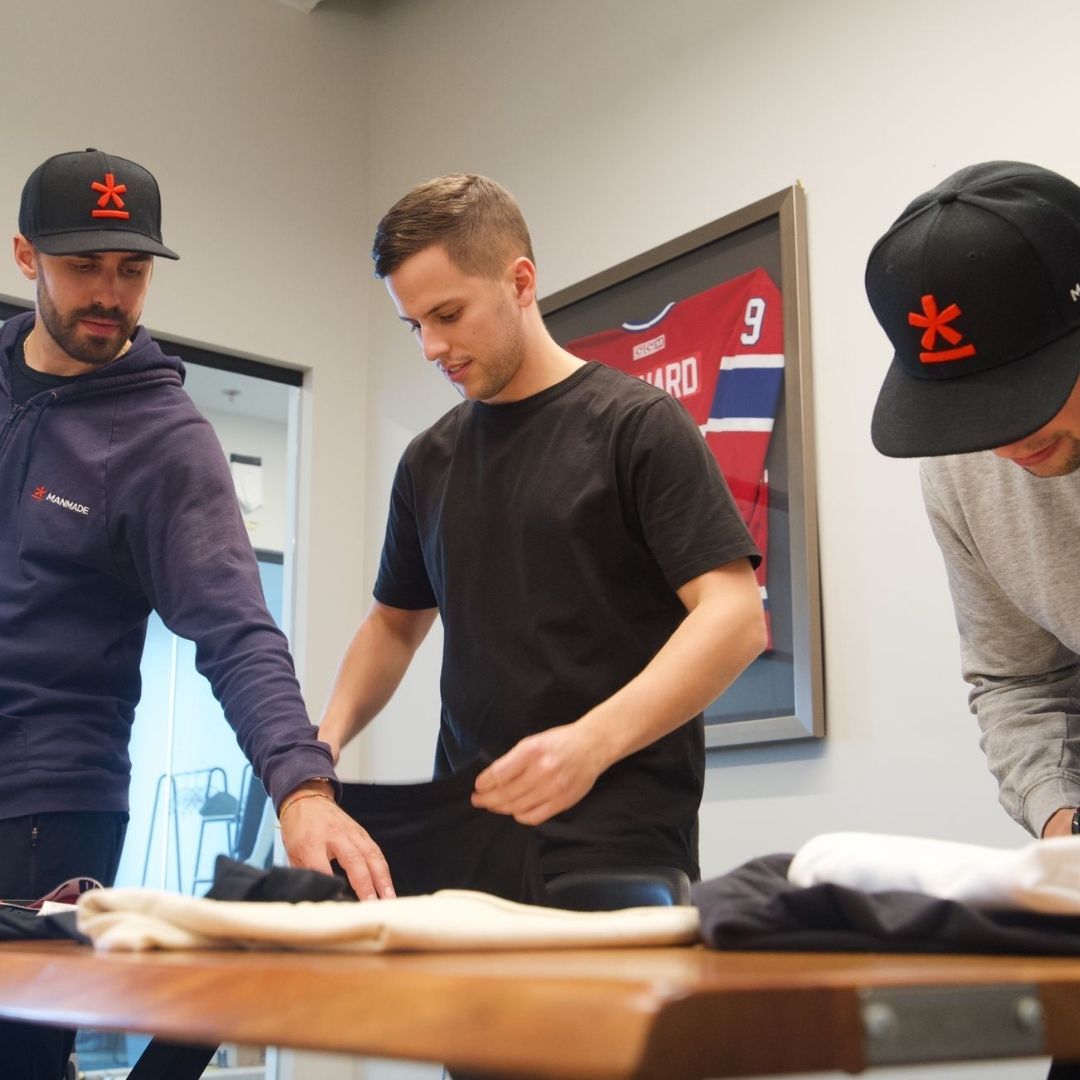 Having discovered that there was no optimal solution in the market for the problem of men’s underwear, we now moved into developing our product.

Simultaneously, we started diving into manufacturing options. We discovered that the following models were available:

After much discussion, we decided to go with the last one, because that was the only option that would solve the problem we had spotted. We wanted the perfect underwear, and after trying on many different ones, we decided it was up to us to make the right one. Of course, this was going to be super difficult. We would literally have to do everything from the ground up.

So once this was decided, then we went about actually designing the product. For this, we did one thing and one thing only: the good old-fashioned grind. We visited garment factories and manufacturers. We talked to industry veterans. The following were some of the many things we learned:

And of course, we needed to put our special touch: the pouch. This was by far the best and the most important part of our custom design. The pouch, perfected in its shape through numerous tests, was the crown jewel that made our boxer brief a truly unique one.

After getting different samples of our custom design from 13 factories across 3 countries, we shortlisted them based on quality of the construction, fabric, reputation of the factory, sustainability, and price. All of that narrowed us down to the one place that we are now working with in order to bring these goodies to men all over the world.

This was by far the longest, and the most difficult part of our process. But after the 12-month journey, it was all worth it, because at the end of it all, we had the perfect boxer brief in our hands.

As we were developing and designing our product, we also planned out the business. We were all experienced in business, as we had started a firm together before.

But this was a whole new ballgame. Our first venture was in payments, and in the B2B space. This was a direct-to-consumer e-commerce business. All of this meant that we had to shake off what we already knew, and completely rethink various aspects of what we knew about running a business.

For one, our social media and marketing strategy would have to be amazing. We would have to craft an image and publish content that would capture the hearts of everyday men.

We also made various time-based milestones. We wanted to be sure about where we would be in a year, 3 years, 5 years, or even 10 years. Particularly because we weren’t starting Manmade in order for it to be a one hit wonder. We wanted it to be a lasting brand that would grow to become known as THE men’s essentials brand. Needless to say, we wanted to prepare ourselves for the long haul.

And of course, we made sure the financial projections and the business model were tight. We calculated everything, from costs at various points in the supply chain to margins at different pricing points. We did all of this so we could offer our customers the lowest viable price possible.

We also spent a lot of time on brand strategy. We wanted the core principles of the brand to be communicated through our visuals and that included everything, whether it was a simple logo, or the way we organize our website and content. Which brings us to another important part that we poured an ungodly amount of time and effort into. 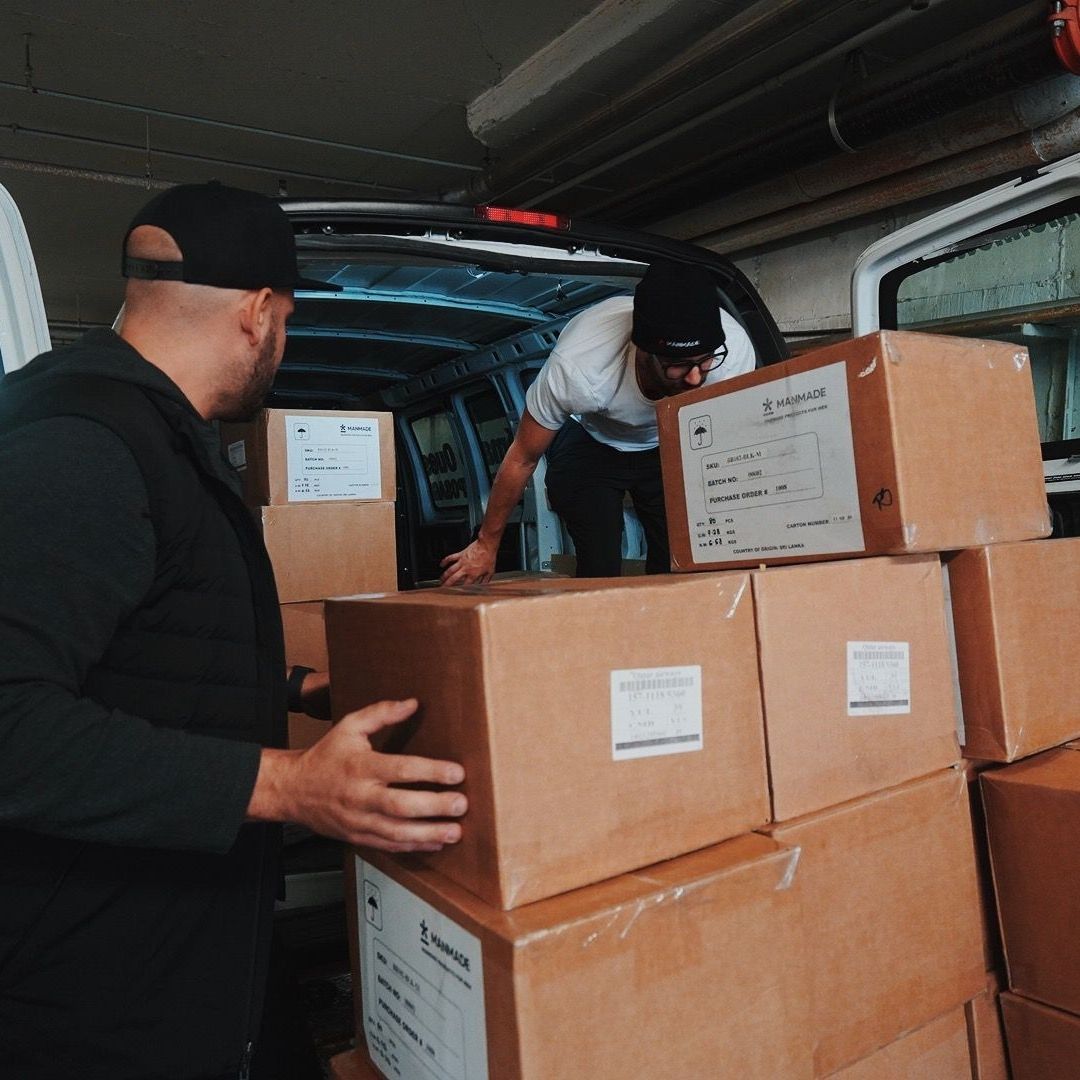 As a brand, we wanted something that would represent the principles we stood for. That we were here to provide a strong foundation for men’s wellness. We recalled the kind of camaraderie and brotherhood we had among us when we first began this venture, and thought to ourselves, how could we convey that?

Thus began our search for the perfect brand. We went through about 300 different names. These were some of the other options that almost made the cut:

But out of all of them, Manmade was the perfect choice. Made for men, by fellow men. It was a no-brainer. We hired a designer to develop our branding visuals based on what we had so far, which resulted in Manmade as you see right now.

Once branding was done, a lot of things fell in line. We had a North Star to guide us on various things, like our content strategy and how we should market ourselves.

So there you have it. That’s how we started a men’s essentials business. We took an idea, hustled like crazy, and created Manmade. We’re sure there were other ways to do this. Maybe if we hadn’t opted to develop our own custom product, we could’ve had an easier time. But all in all, it was definitely worth it. Because in our hands is not just any boxer brief. It is a game changer.

However, what’s even more is that through all of this we developed a capacity to develop more products for our brand. We are now experts in this field, and we have knowledge and experiences that would not have come to us had we taken the easy way out.

Some people might think we’re crazy to have gone through all this trouble. But if this is what it takes to build a men’s essentials brand that will rise to the top, then we’ll gladly do it all over again.