Four Montreal Entrepreneurs Are Planning to Disrupt The Underwear Industry

When we look back on how we all came together, we can do nothing but laugh. All of it involved so much chance, and it makes us wonder, is there such a thing as fate? Because that’s the only way we can describe it so far on our young journey as entrepreneurs.

How The Young Entrepreneurs Met

We all grew up on the eastside of Montreal, went to a similar cluster of schools, had overlapping groups of friends growing up, and played in the same youth leagues for sports. Despite this proximity, our brotherhood began as a series of serendipitous encounters .

Robert and Anthony met in Kindergarten and went to school together all the way until cegep (which is another word for college in Quebec). Phil and Robert first knew each other at 7 years of age. Phil’s parents’ house was next door to Robert’s grandparents’ house. Whenever Robert went over to his grandparents’ they would play as kids together. They would lose touch as they grew older. Berto and Phil met through a mutual friend and bonded over their affection for motorcycles. Anthony and Phil also met through a common friend, and they would go on to work together at a bank.

That’s how the stage was set for the four of us. Some of us knew the other’s existence, but for a while we all led separate friendships with one another. That was until we all came into the same company.

The Fellowship of Payment Processing 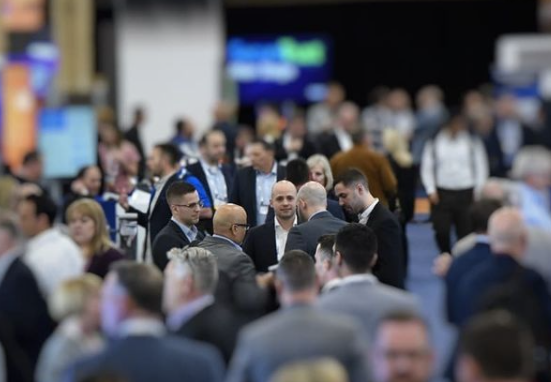 But the point at which we became the group of four inseparable guys was in 2017 when Anthony left the bank to go work for a payments company called Payfacto. It was like we were sausage links, one coming after another. Anthony recruited Phil into the firm two months later, and one month after that Phil got Berto in.

Being young guys with ambition in our hearts, we didn’t want to settle for just working a job. And when the three of us found that we all wanted to do something more, we decided to go our own way. Payment processing is what we knew, so we quit Payfacto to start our own payments company called Riisk. The owners of Payfacto are still mentors for us today. It was a bittersweet departure, because we truly enjoyed our time working there, but there was a mutual understanding that we needed to satiate our desire for entrepreneurship.

Then finally, the last but not least, Rob joined our fledgling firm. The quadfecta was complete.

The Birth of Manmade

For a while we just focused on Riisk. It was the classic startup story. We were four finance guys with our heads down in the trenches, tirelessly throwing ourselves at growing our company. It all started when we spotted an opportunity in B2B payment processing for direct-to-consumer (DTC) brands. We wanted to apply what we had learned in online payments from Payfacto into the domain of DTC e-commerce businesses.

But of course, that was not all we did. We would talk about our own individual dreams and passions. It was like a crucible of creativity, where we would throw all sorts of ideas and thoughts back and forth across the small office day after day.

Out of this, another idea began to emerge. Many of our clients were online ecommerce stores, and watching all of this action inspired something in all of us. We would talk about various direct-to-consumer ecommerce brands, and how it would be cool to sell this or that. At some point, it just clicked together. We were going to start an ecommerce brand.

That’s how Manmade was born.

The problem with our ambitious start was that we had no idea about what product we would sell. So we did what we do best for this: work through it.

We rented a cottage for three days and packed along with our essentials, laptops, whiteboards, and everything else needed for creative brainstorming. In that chalet we researched all kinds of successful online brands, including MVMT, Dollar Shave Club, Manscaped, and many others. We looked at what made them successful, what made them resonate with their buyers. Then based on our research, we started coming up with various ideas we could go for.

By the end of this retreat, we’d have over 100 ideas. Many were terrible, some were good, and a few were golden. We had to sift through this. Some of them were cut from the list because we didn’t see enough market potential. Some were also cut because we just weren’t feeling it.

But as we were shortlisting our ideas, something became more obvious to us. We were four millennial guys, and we asked ourselves, what do we want? Because there were many guys like us out there, and if we found out what we wanted, we could definitely go and take that to market. We would be experts of our own products because we were the ones the brand would be targeting.

That’s where the idea to go after men’s essentials arose. All of us had some deep seated frustration about how it was so difficult to get good quality essentials at a reasonable price . In our minds, no man should have to go through all this trouble to just get what feels good and looks good. 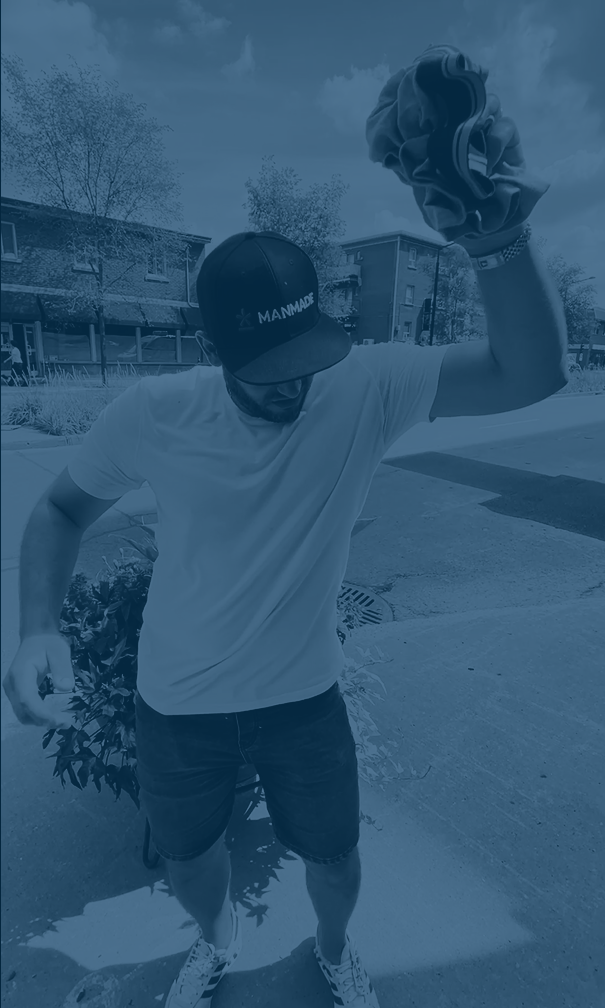 When we went around talking about men’s essentials, we decided to lay out our pain points, because that’s where the demand would lie. We all talked about our personal gripes, and a peculiar pattern emerged. We all had issues with our damn underwear .

Phil preferred to go after value brands, partly because the higher quality ones were so expensive to justify the purchase. But since these were so cheap, he would have to buy them frequently.

Robert wore underwear from Jack & Jones because these were the cheapest ones he could find that gave him the least discomfort. And still it wasn’t ideal, but he just never found anything with better value.

Berto had simply given up and let his wife buy him whatever she found.

Anthony had always found underwear super uncomfortable. His solution? To skip it altogether. He went commando and wore underwear when he really needed to.

So we all realized that this was the one problem we wanted solved. We were settling for shitty underwear because we could never find something with better value.This had to change.

All we wanted was a high-quality boxer that was breathable, comfortable, didn’t chafe, didn’t give wedgies, didn’t ride up, didn’t leave us hot and sweaty by the end of the day, and most of all, didn’t cost us an arm and a leg to get a pack of three.

But first, we had to find out if this was a problem that everyone else also felt . Which brought us to the next part of this journey.

Once we discovered that we all wore terribly uncomfortable underwear and came to tolerate them as the norm, we decided to see if this was the case for other people. We surveyed our friends and family to see if they had encountered the same issue with underwear. We kept getting the same answers, that they were aware of men’s underwear being generally bad, but that there was no reliable alternative. They just dealt with it.

Then we looked everywhere to see if a brand that addresses all of these pain points existed. Those that managed to meet our criteria were either too gimmicky, or far more expensive than they needed to be. It was clear that there was a gap here. We were all struggling with underwear but found ourselves simply ‘dealing’ with it because there was no other solution that made sense.

If the world didn’t have this miracle underwear yet, we were going to make it, not just for ourselves, but for every man on this Earth who had to settle for underwear that they were frustrated with.

We set off on a 10-month journey to create the perfect boxer at a reasonable price. We took great care in every single step of the process, from conceptualization to production, and everything in between. We obsessed over all aspects of the product like fabric composition, design, stitching, fit and feel. Our DNA is in problem solving, so when we honed in on the problem of men’s underwear, we became underwear-maniacs.

During our journey, we also discovered that there are other essential products men have problems with, but are tolerating nonetheless due to lack of other options. It shouldn’t be this way, and we know this by heart. We understand this problem intimately from our own daily struggles with men’s essentials. This is why we are proud of Manmade. It is the "guy brand" men deserve - quality essentials built to support men’s wellness and health.

At this point as we prepare to make our vision of better men’s essentials a reality, we can’t think of anyone else to do this with. It can be a scary world out there for anyone entering the super competitive market of direct-to-consumer essentials. But when we look to our right, look to the left, and see who’s sitting beside us, we’re confident that we’ll make it.

So we’re gonna give an early toast to ourselves for Manmade. The fact that we came together and decided to get onto this crazy ride is a cause for celebration itself. And it makes our hearts swell with joy and excitement when we know that no matter what happens we’re in this together, balls deep. 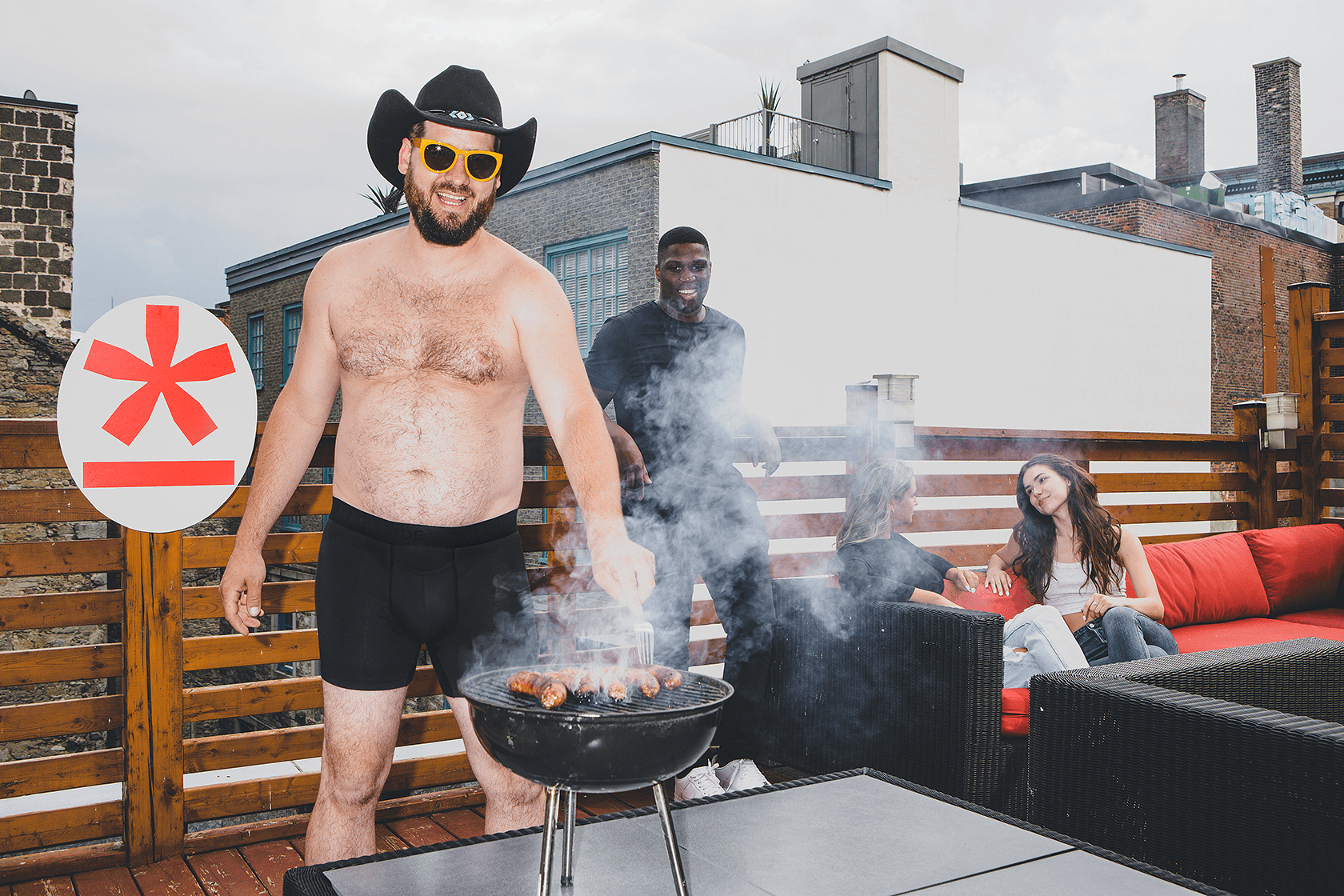