Wearing Our Own Design: How We Tested Our Boxer Briefs

When we put our heads together and found out that we wanted to start selling men’s essentials, among the many things we decided on, one of them was that we would sell what we like. That meant testing everything ourselves, because if it didn’t work for us, it sure as hell wasn’t going to work for our prospective customers.

The first thing we had to do in order to get the brief was to find a supplier who can get us our prototypes. This meant looking up all sorts of places that manufactured men’s underwear, and trying to get hold of reliable suppliers who could get us samples according to our specifications.

What we didn’t realize was how much of a wild roller coaster ride it was going to be.

It started with trying to understand how we would make the perfect underwear. We mystery shopped our competitors and bought over 25 different boxers from the US, Canada and Europe. At the end of all this we realized that currently there was no right design that we were satisfied with, and that meant we had to design our own. We had to start from scratch for the perfect boxer briefs.

The focus was on the pouch, because we realized that we all had some gripe about how uncomfortable the pouch could be. So, this had to be done right. We sat down and put together specifications that would create the boxer of our dreams. They included the following:

The thing with underwear design was that we had to test each and every one as we iterated. That meant every time there was a design, we’d have to send it to the manufacturer, get a sample, try it, and update the design according to feedback.

After failing multiple times to do it ourselves, we hired an experienced global sourcer from Toronto who went far and wide to get manufacturers interested in our project. We initially got 13 custom made samples from 13 different factories. From there, we began to shortlist based on quality of the construction, fabric, reputation of the factory, sustainability, and price.

Once that was settled, it was time to really hone the shape of our design, meaning dipping our balls into our own merchandise.

Once the samples started coming in, we tried them on right away. Now the conventional wisdom is to wash new underwear, since we don’t know what sort of chemicals or other materials could be present on the fabric when they first come through.

However, we ignored all of that and just put them on right away out of eagerness to see if we had the right one. We were that excited.

Some of these samples were comically bad. There was one that was a see-through, which gave us quite a view unexpectedly. There was one that had the flies sewn shut which made that particular design request pointless. There was another one where there was a separate pouch for the penis all within the main pouch. And then there were ones with ridiculous patterns such as the camo.

One of the samples that was particularly memorable was this one that came with a red stain on it. All of us took turns trying to decipher the mysterious stain and our general consensus was that this was likely a blood stain.

We tried it on anyway.

The important thing was that with each sample we were getting closer to the perfect underwear. We weren’t going to shy away from anything in order to get there, which brings us to the next part.

We went about with product testing on a daily basis, and this meant getting cozy with a lot of awkwardness.

In order to accurately give feedback to fit, we always had to do measurements with the underwear on. This meant getting handsy with each other’s family jewels. For the sake of delivering the best underwear possible for all men around the world, we held each other in a way we had never done with anyone else.

With each supple grasp of our own testicles, we tested the fit, measured where it was just right and where it wasn’t quite up to par. Each product testing session led to constructive adjustments, and allowed us to improve upon our design.

In fact, this process became even more absurdly hilarious when visitors came, because the first thing we would do was to eagerly ask them to try our sample on. Stepping back, those moments were straight out of comedy sketches, but every new perspective about our product was gold to us. We thank everyone who braved our prototype. 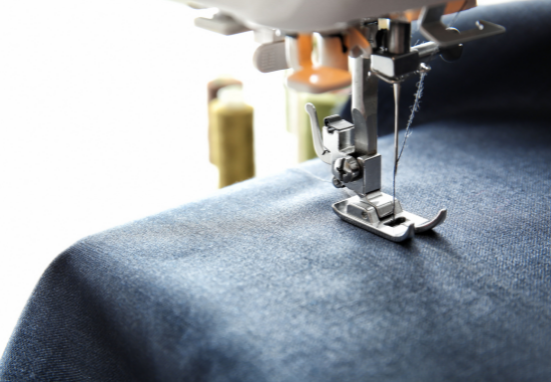 When we look back on how we perfected our briefs, we think to ourselves that we wouldn’t do it any other way. The first product that we are launching is one that all four of us are in love with, and it gets us excited when we imagine how they will cradle the ‘boys’ of our first clients.

Because thanks to all of the samples and measuring each other’s bulges, we are confident about our pouch undeniably being the most comfortable thing we’ve ever set our sacks in. If it works for us, we trust that it will for countless others.